The Petitions Committee and the Women and Equalities Committee published a joint report on high heels and workplace dress codes on 25 January 2017, further to the petition from Nicola Thorp, who was sent home from work in 2016 for wearing flat shoes.

The dress code prohibited opaque tights and included a detailed make-up regime. Some of the female dress code requirements were:

The Government has said that the dress code imposed on Nicola Thorp was unlawful - but the Committees heard that requirements for women to wear high heels at work remain widespread. The report not only addresses this point but raises concerns about the sexual objectification of women with such codes and concludes that the Equality Act 2010 is not yet fully effective in protecting workers from discrimination.

In relation to claims for direct discrimination, this is because it can be difficult to demonstrate that there has been less favourable treatment, which is the legal requirement. Whilst there is often a difference in treatment, this has historically been considered acceptable where difference in conventional dress are reflected, provided that the rule is even handed.

Indirect discrimination occurs when an apparently neutral policy is applied which puts persons sharing a protected characteristic at a particular disadvantage when compared with others. In relation to claims for indirect discrimination, an employer may justify the treatment if it can demonstrate that it is a proportionate means of achieving a legitimate aim.

The report therefore suggested that the Government should update the less favourable treatment test to place greater weight on the individual’s feeling of being discriminated against and that legitimate aims that employers could give should be restricted.

The Government’s response to the report published in April has rejected legislative change, preferring an approach of providing more guidance and awareness. To that end, the Government Equalities Office is aiming to produce guidance on dress codes in the workplace this summer and has stated that it will be working closely with ACAS, the Equality and Human Rights Commission (EHRC) and the Health and Safety Executive (HSE) to explore options for raising further awareness of this issue.

Whilst the response is not as strong as the joint committee no doubt hoped for, there is hope. It may not be as difficult to demonstrate less favourable treatment now where there is a requirement which apparently reflects conventional dress, because conventions are changing. In addition, a requirement to wear high heels could arguably have health and safety implications, particularly for roles where an individual is on their feet all day, which would of course constitute less favourable treatment.

Whilst policies which generally forbid the wearing of visible jewellery, headwear or visible religious, political or philosophical symbols will not be direct discrimination, they but may be indirectly discriminatory on the grounds of religion or belief and/or race, unless they can be objectively justified. A legitimate aim could be health and safety, promoting communication or projecting a smart and uniform image. However, if there is no policy in place and one employee is simply asked, for example, not to wear a headscarf or a cross, this could be direct discrimination unless there is a genuine occupational requirement.

There are interesting issues raised when these matters are considered within the construction industry. Personal protective equipment (PPE) is often designed with men in mind leading to health and safety issues for women, with the equipment too big and therefore not effective.

On occasion, construction employers have introduced pink coloured PPE for women, including helmets, high visibility vests and safety boots. This was apparently on the basis of inclusion, but has been considered inappropriate. However:

Ultimately, there may be no obvious claim, but this sort of behaviour is just perpetuating differentiation.

A further issue to be aware of is that Sikh workers are not required to wear a safety hat if they wear a turban. Whilst this obviously protects their religious beliefs, it could cause concerns about health and safety risks.

Following the national media coverage of Ms Thorp’s petition, Portico revised its dress code. It now has a single, gender-neutral set of “Dress and Appearance Guidelines”. This new code reminds both employee and manager that they may make reasonable adjustments to the dress code which are required by reason of disability or requested through personal choice. It also provides for adjustments to reflect religious and cultural dress.

The key message of the new policy is that workers “appear clean and smart at all times”. On shoes, the new code says only: “shoes should be clean, polished and in good repair and should be plain black.” On make-up, it says: “Make-up, if worn, should be subtle.”

The pre- and post-May 2016 dress codes could not be more different in tone and approach. Portico’s new dress code reflects how gender-neutral dress codes can successfully balance the need of an employer or agency to achieve a uniform and professional appearance with the rights of workers not to be discriminated against, directly or indirectly, through a dress code policy.

Carla Gowing, Hatch Brenner Employment Solicitor, would be more than happy to discuss any queries you have regarding discrimination and policies – whether you are an employer or employee. Call 01603 660 811, or email carlagowing@hatchbrenner.co.uk.

The joint report and Government response can be found here. 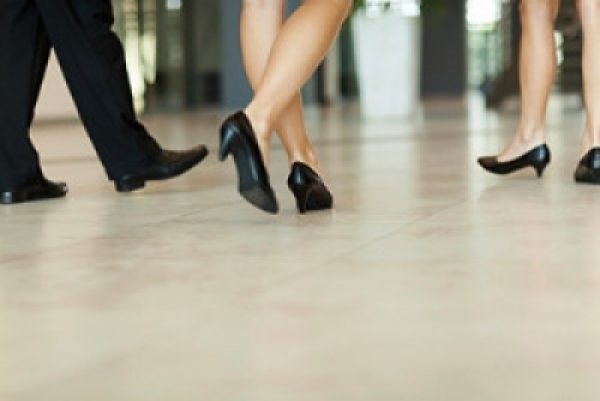