The landmark judgment confirms the view many in the profession have held for some time – that the introduction of fees had resulted in the reduction in claims by around 70% from 2013 onwards. The Supreme Court held that the Fees Order effectively prevents access to justice, noting that the fall in the number of claims has been “so sharp, so substantial, and so sustained as to warrant the conclusion that a significant number of people who would otherwise have brought claims have found the fees to be unaffordable”, and that the evidence “establishes that in practice the Fees Order has had a particularly deterrent effect on the bringing of claims of low monetary value”.

In addition, Lord Reed confirmed that “it is not only where fees are unaffordable that they can prevent access to justice. They can equally have that effect if they render it futile or irrational to bring a claim”. This is key in relation to low-value claims, such as unlawful deductions from wages claims (where the fee may exceed the amount being claimed), and the types of claims which do not provide any financial remedy, such as claims to enforce the right to regular work breaks or to written particulars of employment.

The rule of law

Lord Reed emphasised the importance of the rule of law, confirming that specific statutory rights granted by Parliament must be protected and that if the Fees Order prevents access to justice, it is unlawful.

A short judgment on the discriminatory aspects of the fees was provided by Baroness Hale, who concluded that it “has simply not been shown that the higher fee charged for Type B claims is more effective in transferring the cost of the service from taxpayers to users”; nor was the difference in fees “a proportionate means of achieving the stated aims of the fees regime”. This was summed up perfectly by her comment that deterring discrimination claims is “in itself discrimination”.

It has been widely reported that fees already paid will be refunded (although there is no confirmation as to how or when, as yet), and the Ministry of Justice website has already been updated to confirm that claimants do not have to pay a fee to make a claim to the Employment Tribunal (even if it still says so on the form). There will clearly be immediate administrative consequences that will need to be addressed as a matter of urgency.

Taking advantage of the current position

What might follow is a new fees regime, further to consultation by the Government, so many claimants may seek to take advantage of the current position while they can. Given the Employment Tribunals’ reduced resources, this could have a significant impact on case management and likely hearing dates. In addition, it may be possible for potential claimants, who did not issue claims due to fees, to argue that limitation (three months in most cases) should be extended to enable such a claim to be issued now.

Whilst many employers may be concerned that the removal of fees (even temporarily) could encourage vexatious claims, it should be highlighted that the statistics gathered by the Employment Tribunal over the last few years indicated that the percentage of successful claims (of the reduced number issued) remained approximately the same as before the Fees Order was introduced. This demonstrates that claims without merit were still being pursued, so this objective of the Fees Order had not been met. Employers should bear in mind that the Tribunal has the ability to strike out claims without prospects of success at any stage in the proceedings and that costs orders can be made against unreasonable or vexatious claimants. Ultimately, employers with good HR practices should have little to fear.

There is no doubt that this is a momentous judgment, the effects of which will be noted with great interest.

Dionne Dury is an Employment Solicitor at Hatch Brenner LLP in Norwich. If you would like to speak to her about an Employment Tribunal claim or any other Employment law matter, please contact dionnedury@hatchbrenner.co.uk, or call 01603 660 811. 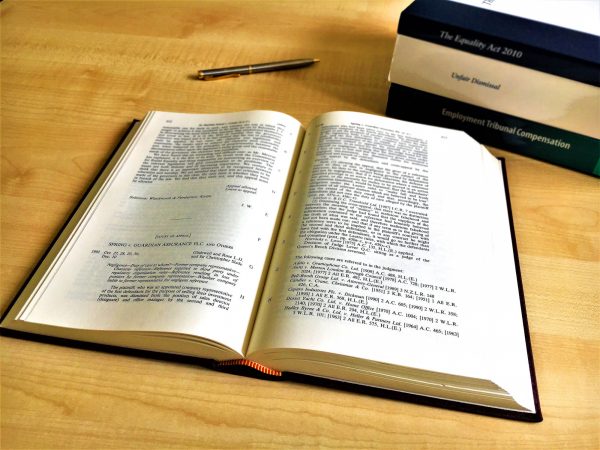