As part of its continuing drama venue sponsorship programme, Hatch Brenner Solicitors on Theatre Street is sponsoring Norwich Theatre Royal during the forthcoming run of the National Theatre’s production of Macbeth.

Past productions in its sponsored drama season have included The Kite Runner, This House and Love From A Stranger.

Macbeth enjoyed a sold-out run at the National Theatre in London, and now this epic, captivating and contemporary production of Shakespeare’s most intense tragedy arrives in Norwich from October 30 – November 3, 2018, as part of a UK tour.

Directed by National Theatre Artistic Director Rufus Norris (Cabaret, London Road) and designed by Rae Smith (War Horse, This House), this new production places the well-known characters in a post-apocalyptic world of anarchy and uncertainty. The innovative set design provides a dark and spectacular backdrop to this new twist on the classic tale of ambition and survival within a broken society.

The touring cast has recently been announced with Michael Nardone as Macbeth, Kirsty Besterman as Lady Macbeth, Ross Waiton as Macduff and Patrick Robinson playing Banquo.

Dawn Parkes, Hatch Brenner Managing Partner commented: “It is always very exciting to experience a drama from the National Theatre on stage in Norwich. This production of Macbeth created quite a storm during the run in London, so it will be great to see it at Norwich Theatre Royal. With the modern take on a classic that many may have studied in school, it will hopefully encourage audience members who might not usually choose a Shakespeare to come along.” 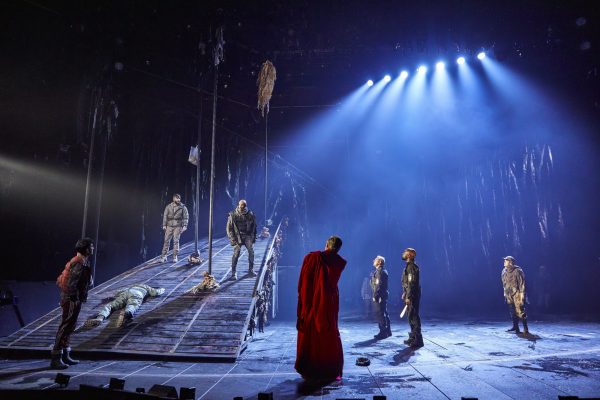 The London cast of the National Theatre's Macbeth