Hatch Brenner Solicitors and Norwich Theatre Royal have confirmed their continued partnership with the announcement of two new Season Sponsorships for the newly released 2020 programme.

The first is Matthew Bourne’s ‘The Red Shoes’, which will be in Norwich from Tuesday 18 – Saturday 22 February 2020. The Red Shoes is a tale of obsession, possession and one girl's dream to be the greatest dancer in the world. Victoria Page lives to dance but her ambitions become a battleground between the two men who inspire her passion. Matthew Bourne’s triumphant adaptation of the legendary film returns to Norwich after winning two Olivier Awards and dazzling audiences across the UK and the USA. The production boasts music by golden-age Hollywood composer Bernard Herrmann, orchestrated by Terry Davies, with cinematic designs by Lez Brotherston, lighting by Paule Constable and sound by Paul Groothuis.

The second production is worldwide smash hit musical by Queen and Ben Elton ‘We Will Rock You’, which will play in Norwich from Monday 4 to Saturday 9 May 2020. The show offers the scale and spectacle that marked the bands’ legendary live performances, with over 16 million theatre goers in 19 countries having been thrilled by this awe-inspiring production since 2002.

‘A kind of magic. Spectacular. Magnifico!’ The Sun

‘An Unmissable event and a sumptuous piece of musical theatre. The Show Must Go On, and on’ Capital Radio

The production features Queen’s biggest hits including We Are The Champions, I Want To Break Free, Don’t Stop Me Now, Bohemian Rhapsody, Another One Bites The Dust and of course, We Will Rock You. A musical phenomenon not to be missed!

These productions are in the latest brochure released from the Theatre, and will be on sale to the public from Tuesday 2 July 2019.

Dawn Parkes, Managing Partner and Private Client Expert at Hatch Brenner commented: “We are delighted to announce these two new productions to take our partnership with Norwich Theatre Royal into 2020. We have evolved our relationship with our Theatre Street neighbours over time, as demonstrated by the widening of the productions we are involved with from purely dramas, to a wider ‘Season’ sponsorship involving dance and musicals. In particular I can’t wait to see The Red Shoes with our guests from the business community. Matthew Bourne’s productions are consistently fabulous and it is very exciting to see The Red Shoes return to Norwich.” 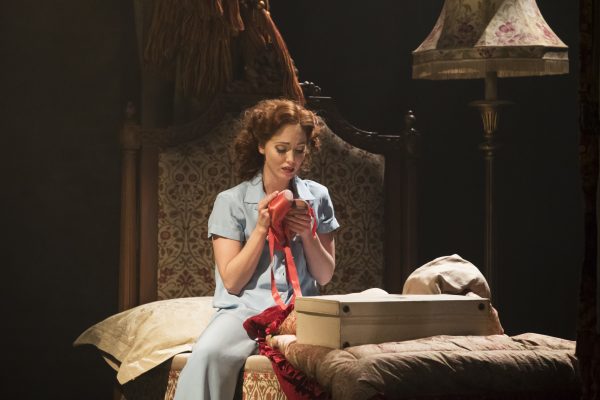