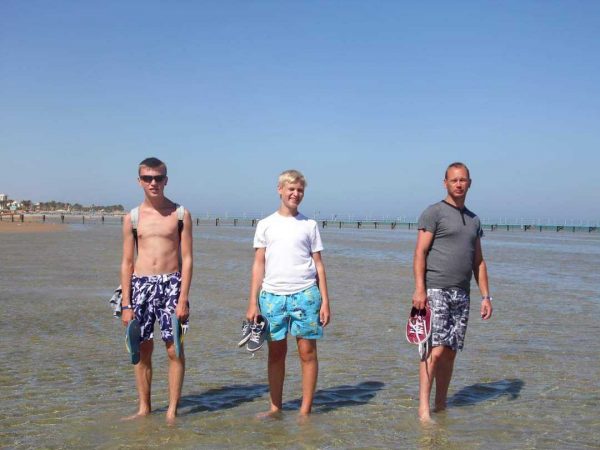 Robert Alan Cranston (46) died after an explosion at his place of work at Briar Chemicals Ltd [BCL], Norwich on 27 July 2018. The Jury Inquest into his death began on 27 October 2020 and a Conclusion of ‘Accidental Death’ was returned on 1 December 2020. The family had been hoping for a finding of ‘Unlawful Killing’.

Robert was carrying out maintenance work on a tank using a grinder. The tank contained remnants of a highly flammable chemical – Toluene – and sparks from the grinder caused the fatal explosion. At the time of the accident he was working alongside his son, Owen (22), who witnessed the blast and the aftermath. Robert suffered blast injuries and thermal burns and was taken to Norfolk and Norwich Hospital but died later that day. His son Owen was not injured but was left traumatised by the accident.

A comprehensive HSE investigation took place following the accident and found a number of significant failings including, an old leaking safety critical valve; inadequate gas testing procedures, and insufficient vessel cleaning which meant that Toluene was allowed to collect, creating the source of the ignition.

Colin Cook, Partner and Personal Injury Expert at Hatch Brenner Solicitors in Norwich, who represents that family said: “Whilst on the face of it the Inquest conclusion of ‘Accidental Death’ may appear unremarkable, the jury was keen to make specific findings of fact:

1. there was no evidence of a safety check to two valves since the plant was commissioned 20 years ago one of which was safety critical and should have been tested at a minimum every 10 years;

2. The gas testing equipment used was less sensitive than other specifically calibrated models which were available both of which were factors leading to an inaccurate impression of the safety of the area.”

Robert left a wife, Claire (44) and their two sons, Lewis (23) and Owen (22). The family were extremely close and rarely did anything without each other. Robert was a keen sportsman and hugely popular; over 750 people attended his funeral at Norwich Cathedral. Robert and Claire married in 2003 and had been together for 25 years.

Claire said, “We are disappointed that the Coroner did not recommend to the Jury to reach a conclusion of ‘Unlawful Killing’. Rob was an experienced welder who relied on the safety systems put in place by Briar Chemicals which we believe were inadequate and oversimplified. Briar Chemicals failed to create a safety bubble for Rob to work in. Rob was a diligent, hardworking, and loving family man and his death has left a huge hole in our lives. We can only hope that lessons will be learnt from his death, not just by Briar Chemicals, but other companies whose workers rely on robust safety procedures to protect them.”

"Mr Cranston had been working on a scaffolding platform at Briar Chemicals’ site at Sweet Briar Road, Norwich.

He was welding and it is thought that the heat created ignited vapour which had escaped from the vessel he was working on, which then caused a secondary explosion.

The vessel was believed by everyone involved to have had nothing but water inside but was found later to contain the flammable liquid Toluene. A volume of toluene had been sent along the pipework after this vessel had been emptied and cleaned.

Toluene had leaked into the vessel from two valves which were both found to be damaged after the incident, although the incident itself did not cause this damage.

There is no record of any safety check to either valve since the plant’s commissioning approximately 20 years ago.

This includes one safety critical valve that should be tested every ten years at a minimum and protects not only staff but the local population surrounding the plant.

Furthermore, the gas testing monitor provided by Briar was less effective. It contained a filter, had an extension tube and was not calibrated for Toluene, all of which reduced its detection sensitivity considerably; when an unfiltered and specifically calibrated version is available.

All these factors led to the work beginning with an inaccurate impression of the safety of the area surrounding the welding works."

Supreme Court ruling in Maughan – what does this mean for Inquests?

EDP: ‘He should still be with us’ - Widow speaks out after factory blast death