Hatch Brenner Solicitors is supporting MOCO Theatre for 2018. The company of young, male actors is currently developing their latest production Frankenstein. It will open on 16 August at The Shoe Factory Social Club, Norwich.

In the second of three interviews with members of the MOCO Theatre team, actor and Hatch Brenner administrator Joe Darbyshire talks about the production, and life as a member of MOCO:

How would you describe the style of this production?

The space is used in its entirety and once the audience are through the door, they're a part of the show.

What roles are expected of actors in MOCO?

A lot is expected of MOCO actors.  Total commitment for a start, and once you're in, you're there to work.  As it should be!

There is no backstage and no wings, so no hiding from the audience!  Every MOCO show is a chorus, an ensemble piece, with all actors performing from start to finish.  When it comes to casting many will find themselves playing roles they hadn't imagined playing before (Elizabeth, in Frankenstein, for instance).  It's a test of their abilities they may not find anywhere else.

How do you feel working in immersive, site-specific theatre?

It is fantastic!  If I had to sum it up in one word, it would be ‘liberating’.  As an actor, it excites me in so many ways.  I feel that I can take on a character in an entirely natural way; a way that the confines of a stage doesn’t allow. Performances are far more free and fluid.

How do you begin to form a character?

Read and read and read the script again and again.  I start to think about why my character behaves in certain ways.  Is it something inherent or is it brought out of them by reacting to others.  I like to think about what they like and dislike.  Are there any clues in the text.  Once I have a skeletal outline, rehearsals then allow me to start building layers; adding a depth and realism – through interaction, discussion, ‘something amazing happens’ and my character just grows!  By final rehearsals I feel as though I actually know them in person.  That’s what I feel, anyway!

What is it like to be an all-male company and how does it change things for you as an actor?

It’s interesting for lots of reasons.  For a start, all casting is gender blind, which gives an opportunity to the actors to really push themselves.  I’ve known some of the actors for a while, but seeing them play a female character for the first time makes you realise they could be capable of so much more than you had initially thought.  Gender blind casting is, I think, important and should be promoted far more.  As an actor, it makes rehearsals exciting, but when it comes to the performance itself, I can’t say I really notice a difference with a male actor playing a female role.  If they have found the character successfully, that’s who you are talking to – not the actor!

What impact do you want Frankenstein to have on your audience?

I want Frankenstein to have the impact that is worthy of Shelley’s novel.  It should disturb and, at times, horrify the audience.  But there is a great beauty there also, and it raises many questions about society and how we treat each other as people.  If the audience leave with some answers and some questions (not to mention feeling a little shaken) then I feel we have succeeded!

How does male mental health link with Frankenstein and how important do you feel it is to talk about anxiety disorder in young people?

To me, male mental health is intrinsic to Frankenstein.  Victor himself suffers greatly through the entire story from fevers, panic attacks, hysteria and many other symptoms stereotypically linked to severe anxiety.  The Creature also suffers from many of the same fears and worries, though for different reasons.

In many ways, Frankenstein is more important now than when it was written.  Anxiety in young people (particularly young men due to societal expectations of ‘toughness’) is on the increase.  Today’s society places very little value on individual wellbeing, meaning those in society can easily find themselves not being heard or seen and their questions remain unanswered.  For young people, it is happening at a crucial stage of mental and emotional development, which can lead to lasting and damaging consequences if not addressed.

Frankenstein is a damning indictment of society’s crimes, and thereby ours, to those it deems ‘other’.  It is more relevant now than ever.

What are you enjoying most about creating Frankenstein?

I am loving every aspect of it; from our collaborative efforts to adapt the novel into a working draft to rehearsing the scenes and exploring characters.  MOCO is a very special group of people who all bring varying and essential skills to the group.  But most importantly, MOCO pushes me as an actor more than any other company I have worked with.  MOCO challenges you to rethink how you work as an actor, in a safe environment, and what it means to perform at all.  How could I not love being part of that?

How did you become involved with MOCO?

I had worked with Artistic Director Miche Montague on a few shows and after one of the most recent she approached myself and a few others with the aim of setting up a new company that would perform modern/contemporary plays that challenge both audience and actors.  MOCO is also partly about giving Norfolk audiences a chance to see a style of theatre that is difficult to come by.  Miche didn’t have to work very hard to convince us!

Why do you choose to be an actor?

This is the hardest question to answer by far!  I choose to act obviously for personal reasons; being addicted to the rush performing brings and demonstrating an ability that I take pride in are to name but a few.  But I feel it is more because of how self-conscious I am as an individual and how sometimes my lack of confidence in myself can make reasonably normal things very difficult for me.  Acting is a little like hiding in plain sight.  Despite the fact I am inhabiting characters, and making them behave in certain ways, I feel as if no one can actually see me; just the role I am portraying at the time.  This leads to a realisation that self-expression is one of, if not the most important thing a person can do.  You learn more about yourself as an individual the more you explore yourself emotionally.  Acting is a perfect example of self-expression and realisation at work.

Tickets for Frankenstein are now available. Come and immerse yourself in a world where the lines between performer and audience, and life and performance are blurred. Visit www.mocotheatre.com to book. 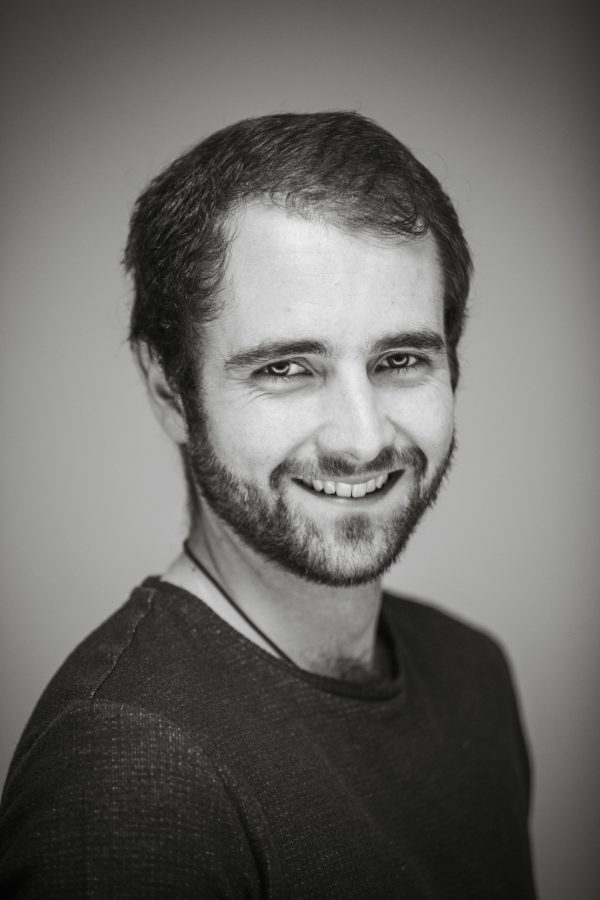