Hatch Brenner Solicitors has announced a new partnership with the Norwich Theatre Royal, which will see the firm sponsoring four drama productions in the coming 12 months.

The first production in the series will be Regent’s Park Open Air Theatre London’s Pride and Prejudice in September, with the second being a high-profile drama featuring a big name star in November – due to be announced by the theatre early in June.

Dawn Parkes, managing partner and head of the Private Client team at Hatch Brenner, which is also based on Theatre Street, commented, “We are proud to have been corporate sponsors of the Theatre Royal for many years now.  This new partnership is an exciting extension to this relationship, and we look forward to working together over the coming year.

“As well as being a strong focal point for the city, the Theatre Royal’s commitment to the arts and education is inspiring.  As our very near neighbours on Theatre Street, we are thrilled to work closely with the theatre, as well as our fellow sponsors and the vast community of theatre-goers from around the county and beyond.”

Mark Hazell, marketing director at the Theatre Royal, said, “This is a really positive extension of the existing relationship with our neighbours Hatch Brenner, and we are very grateful for their support.

“We have a strong and loyal audience for quality drama, and the partnership will help us spread the word about this part of our programme, bringing stimulating and entertaining productions to even more people over the course of the next year.” 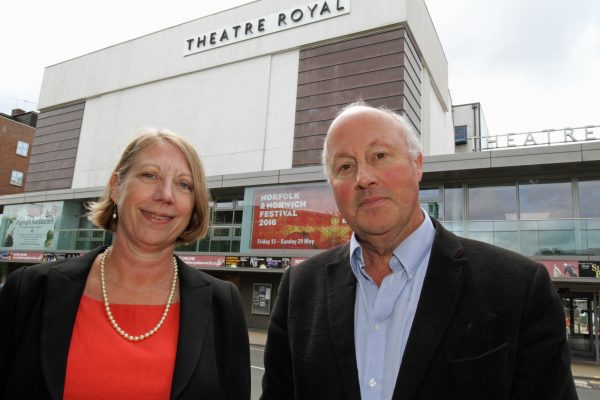