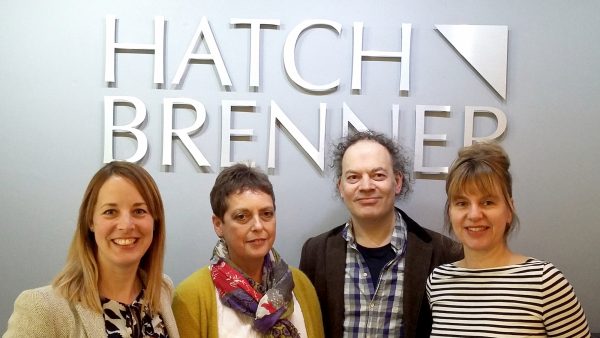 Hatch Brenner LLP, the Theatre Street-based Solicitors, has announced that they will be supporting local open-access singing project The Voice Project for the next year.

The Voice Project, created by singers Sian Croose and Jonathan Baker in 2008, has involved hundreds of singers in performances of great new vocal music in venues around the city including Norwich Cathedral and City Hall. The Project also runs workshops designed to build vocal confidence and explore a wide variety of uplifting and inspiring vocal music.

Dawn Parkes, Hatch Brenner Managing Partner commented: “We are delighted to be working with The Voice Project. The Project came to our attention through the involvement of Jo Mayes in our Family Team. The project is unique in allowing such large numbers of local individuals to take part in a creative and innovative group activity. The quality of the work is inspiring and we look forward to supporting and hearing future work. This partnership will complement the range of other ongoing community, arts and charity projects we support in and around the city.”

Jon Baker, co-founder of The Voice Project added: “We would like to thank Hatch Brenner for their generous support and encouragement. Creating and producing performances involves lots of work behind the scenes, and the ongoing support of a prominent local business allows us to be secure in planning our future projects. As a registered charity, most of the professionals involved in The Voice Project offer some of their time unpaid and each performance project is very carefully budgeted and monitored.As well as our forthcoming ‘Arms of Sleep’ production as part of the Norwich and Norfolk Festival in May, we are already planning performances for the summer, winter and beyond.”

Sian Croose is a singer and community musician who has run choirs and vocal groups for 25 years. She has sung in cathedrals and village halls, in tiny villages and capital cities, on her own and with a cast of thousands. She has created music projects in the UK, Ireland and France and is co-founder of The Voice Project.

Jon Baker is a singer, teacher and composer who has written extensively for TV, radio and theatre. He is a founder member of The Neutrinos with whom he has toured throughout Europe and North America. He is co-founder of The Voice Project.

The Arms of Sleep:

The audience will be small (up to 40 per show) and each person will be given a comfortable bed, as part of a dream-like night of music and stories, sound and images. We will be singing music by Jon Baker, Orlando Gough and Helen Chadwick and revisiting some of the songs from previous The Voice Project productions Between Stars and Red Shift on the sleep theme. 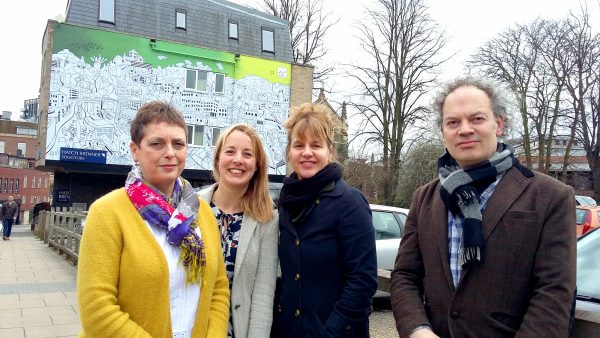