A Norwich firm of solicitors is giving the 50 per cent of adults who don’t have a will the chance to put that right – and raise money for nine major national charities at the same time.

Hatch Brenner is now taking appointments for Will Aid, which runs throughout November, in which law firms pledge their time to write basic wills, with clients invited to make a donation to charity instead.

The Theatre Street-based firm took part in the national initiative for the first time in 2015, and ended up being the eighth highest fundraiser amongst new firms to the scheme, raising over £4,000 for charities including Age UK, Christian Aid, the NSPCC, Save the Children and the British Red Cross.

Will Aid enables people to make a basic will, with a suggested donation of £95 for a single basic will and £150 for a pair of basic mirror wills.  Hatch Brenner staff give their time and expertise for free.

“Research conducted for Will Aid has shown that around half of all adults don’t have a will, with over a third of those with dependent children yet to get around to writing a will, and even 19 per cent of people aged over 55,” said Hatch Brenner managing partner Dawn Parkes.

“If you die without making a will, the law decides what happens to your assets when you die, and that may not be in line with your wishes.

“Will Aid is a great initiative that encourages people to complete this vital task, at the same time raising money for nine important charities.”

Those wishing to make a will during Will Aid Month need to make an appointment by calling Kay Eke, Dawn Slade or Hayley Mortlock at Hatch Brenner on 01603 660811.  Two appointments will be necessary – the first to discuss the details of their assets and wishes, and the second to sign the will.

For the first appointment, those making a will need to bring photographic identification (passport or driving licence); one additional form of identification (e.g. a utility bill or bank statement showing their name and address); details of their assets, including property, possession and money; and a list of people and organisations they would like to leave them to.

·         Once he’d popped: Pringles founder, Fred Baur requested to be cremated and buried inside a Pringles can.

·         Out of this world: Star Trek creator, Gene Roddenberry asked for his ashes be scattered in space.

·         Harry Houdini insisted in his will that his wife hold an annual séance so he could reveal himself to her.  Houdini left his wife a secret note with ten randomly selected words that he would communicate to her after his death. For ten years his wife held a séance on Halloween; Houdini never turned up.

Celebrities who left no will

·         Jimi Hendrix: Although Jimi Hendrix died in 1970, the battle over his estate raged on for more than 30 years because he left no will regarding distribution of his estate.

·         Bob Marley: Bob Marley died intestate even though he knew he had cancer and lingered for nearly eight months. His estate, worth a reported $30 million, had dozens of claimants.

·         Pablo Picasso: Pablo Picasso died in 1973 at the age of 91, leaving behind a fortune in assets that included artwork, five homes, cash, gold and bonds.  Because he died intestate, it took six years to settle his estate at a cost of $30 million.  His assets were eventually divided up among six heirs.

·         Amy Winehouse: The singer died without a will and her parents inherited all of her fortune, leaving her ex-husband Blake Fielder-Civil with nothing.

·         Prince: Prince died without a will last year meaning that his fortune - estimated at $150 to 300 million - will be distributed among his siblings.

·         It is a common misconception that if you die intestate – in other words without making any will – then your closest relatives will decide how assets are split.  This is not the case: there are rigid rules as to who inherits when you die without a will, and in some cases this will simply mean the Government collects the lot.

·         Many unmarried couples, who have cohabited for years, may assume there is no need for a will as they are common law husband and wife.  No such terms exist in estate law – and a partner can be disinherited by children, siblings, or even an uncle and aunt unless you have made adequate provision for them in a will.

For more information about Will Aid visit the website at www.willaid.org.uk. 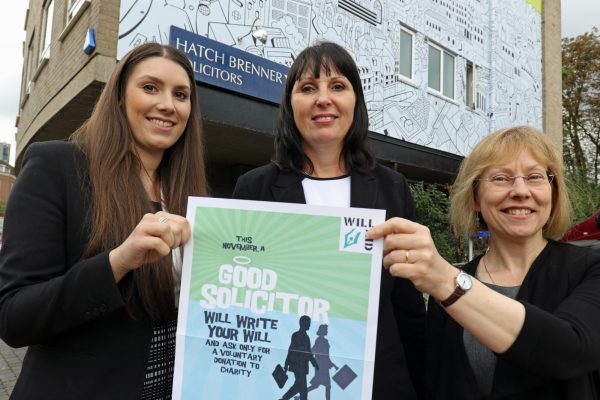