Hatch Brenner Solicitors, based in Theatre Street in the city, was the eighth highest fundraiser amongst new firms to the scheme in 2015, raising over £4,000 for charities including Age UK, Christian Aid, the NSPCC, Save the Children and the British Red Cross.

Christian Aid regional co-ordinator Julian Bryant, on behalf of Will Aid, handed a certificate to Dawn Parkes, managing partner of Hatch Brenner to thank them for their contribution of £4,080.

Mr Bryant said, “I have seen the impact that Will Aid has had in some of the poorest countries across the world, with over £1 million raised in 2015 through the efforts of firms such as Hatch Brenner here in Norwich.

“I would like to thank them on behalf of Will Aid, and congratulate them on being one of the highest-donating firms in the UK to join the scheme last year.”

Will Aid 2016 will take place in November.  For full details, visit www.willaid.org.uk. 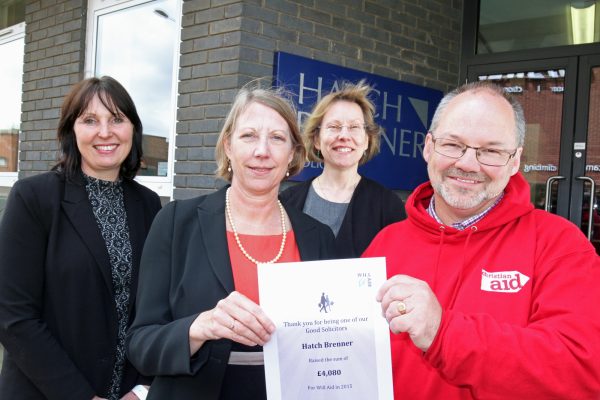