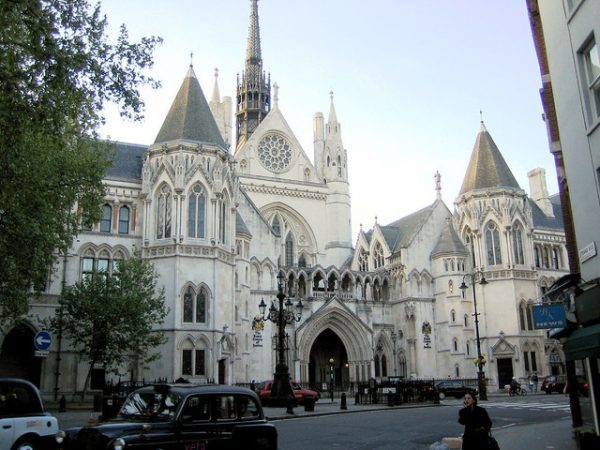 On Thursday 13th January 2022, three linked claims from secondary victims received judgment from the Court of Appeal. Each claimant was denied their claim based on the authority in Crystal Taylor v A. Novo (UK) Ltd [2013]. Sir Geoffrey Vos, Master of the Rolls, Lord Justice Underhill, Vice President of the Court of Appeal (Civil Division) and Lady Justice Nicola Davies agreed they could not depart from this previous authority.

Whilst this sounds like bad news for the prospect of secondary victim claims, the discussions from the judges are, in fact, very promising. Each judge expressed their support of these claims being brought before the Supreme Court for consideration.

What is a secondary victim?

A secondary victim is someone who suffers nervous shock or psychiatric damage as a result of witnessing a traumatic event. A secondary victim does not need to fear for their safety; they are not involved in the event, and they do not sustain physical injury themselves.

There is a 5-element test to satisfy in bringing a successful claim as a secondary victim, as established in the case of Alcock v Chief Constable of South Yorkshire [1991].

In each of the three linked cases, all elements bar point three were satisfied. It is this point that will likely be going to the Supreme Court for further consideration.

Facts of the Cases

As mentioned above, there are three linked claims. Each relates to clinical negligence where the defendant failed to diagnose the primary victim’s condition, and the failure to diagnose later caused their death.

The first is Paul v The Royal Wolverhampton NHS Trust. In this claim, the defendant failed to diagnose coronary artery disease in the primary victim. 14 months following the negligence, they collapsed on a shopping trip and died as a result of the negligence, the death was witnessed by the victim’s two daughters, now the claimants.

The second was Polmear v Royal Cornwall Hospital NHS Trust. Here, the defendant failed to diagnose pulmonary veno-occlusive disease in January 2015, and the victim passed away a few months later. The parents who witnessed the death are the claimants.

Finally, there was Tara Purchase v Mahmud Ahmed. The primary victim’s cause of death was extensive bilateral pneumonia with pulmonary abscesses. The defendant had failed to diagnose this some months previous. The claimant is the mother, who had returned home one evening to find the victim’s body and had received a voice message from the victim on their phone 5 minutes before seeing the victim in which their dying breaths could be heard.

The question the Court of Appeal had to consider was therefore whether the secondary victims could claim damages where the horrific event they witnessed, from which the psychiatric damage was caused, resulting from earlier clinical negligence.

This brings us to Novo.

In this case, the primary victim had suffered a non-fatal head injury at work as a result of negligence, they then passed away three weeks later, which the daughter witnessed. This is where the question of the ‘relevant event’ arose. The court found that the ‘relevant event’ was the incident at work. The claimant, the daughter, who was not present at the incident at work, could not bring a claim because the death occurred later when they were present.

The claimants in the three linked cases sought to distinguish these clinical negligence claims from the case in Novo, as this was a death caused by a negligent act, rather than an omission and submitted that a claim could be made where the traumatic event is the first manifestation of damage by the negligence.

The defendants submitted that the court is bound by the decision in Novo.

Lord Vos confirmed the court is bound by Novo, saying; ‘Novo is binding authority for the proposition that no claim can be brought in respect of psychiatric injury caused by a separate horrific event removed in time from the original negligence, accident or a first horrific event.’ Lord Vos, therefore, allowed the defendants’ appeals in Paul and Polmear, however, dismissed the claimant’s appeal in Purchase.

Whilst this outcome goes in favour of the defendants in each claim, Lord Vos did say he has ‘reservations about whether Novo correctly interprets the limitations on liability to secondary victims’, and goes on to say ‘Looking at the matter without regard to the authorities, it is hard to see why the gap in time (short or long) between the negligence (whether misdiagnosis or door design) and the horrific event caused by it should affect the defendant's liability to a close relative witnessing the primary victim's death or injury that it caused.’

Lord Justice Underhill had a similar view, saying ‘if the point were free from authority I would be minded to hold that on the pleaded facts the Claimants in all three cases should be entitled to recover (compensation). "Both Vos and Underhill express their support in the claims being taken before the Supreme Court to ‘consider the important issues that arise in this case".

What is the impact on secondary victim claims?

Given, however, the discussions from the judges in the Court of Appeal and their support for the matter being taken before the Supreme Court, it is possible that the above stance may change in the future. There is doubt as to whether the authority in Novo should be followed, and suggestions the Supreme Court could take steps to disapprove the decision in that matter.

It is likely that many secondary claims arising from clinical negligence will be stayed pending the outcome of the Supreme Court decision.

We await the next step with interest.