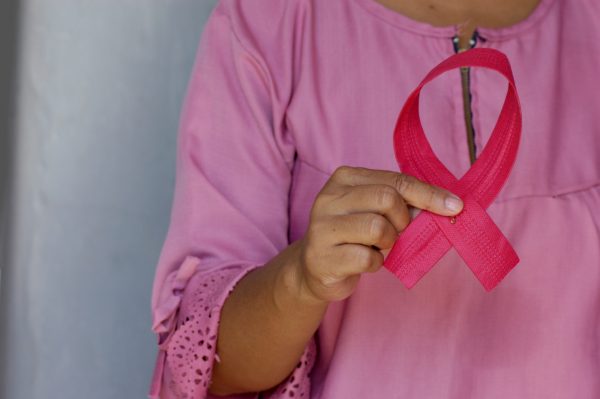 October is Breast Cancer Awareness Month – a worldwide annual campaign increasing awareness of the disease. This year, there are additional barriers to the early diagnosis and treatment of breast cancer given the coronavirus pandemic. Leading charity Breast Cancer Now has reported that nearly one million women have missed their routine NHS breast screening appointments due to the coronavirus pandemic.

This is particularly concerning as early detection is absolutely crucial to the ongoing prognosis for patients. In addition, it has been widely reported that the delays in breast cancer treatment due to the pandemic are causing high levels of stress and anxiety for breast cancer sufferers, and may be leading towards increased mortality rates in the coming months and years ahead.

Breast cancer is the most common cancer in women. One in seven women will get breast cancer at some point in their lives. Initial physical signs usually include a swelling or lump in the breast, skin irritation or dimpling, breast or nipple pain, nipple discharge or the nipple turning inward. Whilst many irregularities are found to be harmless following investigations which commonly include a mammogram, ultrasound and possibly a biopsy, for those found to be cancerous it is better to catch it earlier rather than later so treatment can be started as soon as possible.

Occasionally however things do go wrong. Our Medical Negligence team, which now includes Sara Westwood and Simon Bransby, formerly of Morgan Jones Pett, have experience in representing clients who have suffered from poor outcomes due to the failure in proper investigations and prompt treatment being carried out.

One client of Sara Westwood had a history of benign breast cysts for which she had been seen on a number of occasions at her local hospital. In June 2009 she was re referred by her GP as a new lump had developed but was larger than with previous lumps and the nipple was in drawing. She had a mammogram and ultrasound and was reassured the lump was nothing sinister. In January 2010 she returned to her GP as she was concerned the lump was increasing in size and there had been further in drawing of the nipple. She was referred to a different hospital where she had a further mammogram, ultrasound and biopsy. Cancer was diagnosed. The first hospital was at fault for failing to carry out a biopsy as a biopsy would have led to a prompt diagnosis. It was also found the first hospital had misinterpreted the scans taken in June 2009. The eight month delay in diagnosis meant the client had to undergo radiotherapy and she had an altered prognosis.

In another, very tragic example, a client of Simon Bransby was a single mother with two primary school aged children. She attended her GP having noticed a lump in her right breast and was quickly referred to the local hospital where she underwent breast imaging consisting of a mammography and breast ultrasound. The scans identified an irregular mass deep in her right breast which was of a high suspicion of malignancy. This was then subject to a fine needle aspiration cytology which subsequently reported as showing features in keeping with a benign reactive lymph node.

Notwithstanding the discordance between the results, she was discharged to her GP with no further action necessary. Some eight months later she presented to her GP because of concerns about the same lump. She was again tested and informed that she had malignancy in her right breast. She underwent treatment, including a mastectomy, but despite this treatment the disease had spread and she sadly died in May 2013.

Unfortunately in this case, Simon's client’s cancer was very likely to have been highly virulent from the outset, possibly incurable, even if she had been properly treated at the outset. The initial hospital admitted that they were responsible for the poor treatment but denied that this would have made a difference to the eventual outcome that Simon’s client had undergone some treatment which was unnecessary.

Tragically, Simon's client died leaving two children to be brought up by their grandmother. She has made a sterling job of bringing up two boys on her own and deserves all the credit one can give. The claim has now settled, and whilst it can never replace the boys’ mother, compensation will help them with their futures.

Getting back on track

As we learn to live with coronavirus, it is hoped that cancer services are now getting back on track so that everyone who needs screening, diagnosis, treatment and ongoing care can receive it within the government pandemic management guidelines.

Find out more about the support available at https://www.breastcanceruk.org.uk/