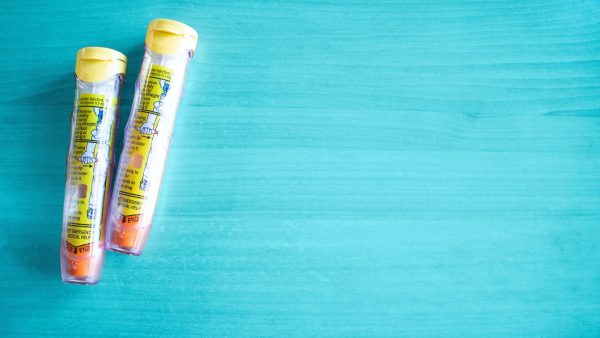 Food Allergy Awareness Week provides a unique opportunity to help raise awareness of food allergies and anaphylaxis and have a closer look at issues surrounding this. The UK Food Standards Agency (FSA) suggests in the UK an estimated 2 million people are living with a diagnosed food allergy and 600,000 with coeliac disease. These figures exclude those with food intolerance such as lactose.

Recent changes to the labelling laws

The FSA estimates that there are between 5 and 15 fatalities every year in the UK associated with food allergies and anaphylaxis. In 2016, a Coroner reported allergy labelling as inadequate when 15-year-old Natasha Ednan-Laperouse went into cardiac arrest and tragically died on a flight after buying a sandwich at Heathrow Airport with packaging which failed to disclose sesame seeds were baked into the bread.

As a result of the lobbying undertaken by Natasha’s family the UK Food Information Amendment 2019, also known as Natasha’s Law comes into effect from 1 October 2021. The law requires any premises which sell foods to label the full list of ingredients, with allergenic ingredients highlighted on all packaging.

Further to go to ensure safety

If you have a food intolerance this can be quite problematic. Restaurants are aware of the issues and will normally provide warnings on a menu, however, vigilance and caution are always advised. In 2017, Owen Carey informed Bryon Burger staff of his severe dairy allergy. He asked whether his menu choice contained buttermilk and was told not. This was however incorrect as it did contain buttermilk. He sadly collapsed and died shortly after having eaten some. The Carey family were informed last week that they would not receive damages for their 18-year-old son’s death, which is often the outcome when the deceased does not have dependents.

His family are working to change the law, stating: "It's simply not good enough to have a policy which relies on verbal communication between the customer and their server, which often takes place in a busy, noisy restaurant where the turnover of staff is high and many of their customers are very young”.

Staying safe at home and abroad

Allergy UK provides translation cards, printed in English on one side and the language of the country you are visiting on the reverse, which features an allergy alert message to ensure that a food order is free from a particular allergen that causes the reaction. There are cards for over 70 different allergens available in 36 languages.

At times of a food allergy striking, it is often necessary to act very quickly. If you think that you have suffered a food allergy due to a food product, either incorrectly labelled, or within a restaurant setting, you may be able to make a claim. Contact Hatch Brenner’s Personal Injury Legal Executive, Simon Bransby via simonbransby@hatchbrenner.co.uk or 01603 660811.