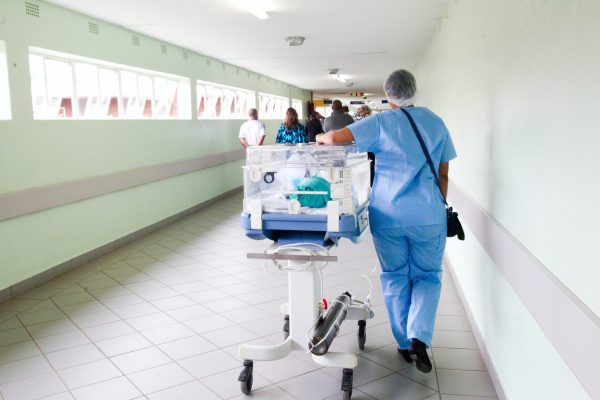 Most pregnant women who carry Group B Streptococcus (GBS) bacteria have healthy babies. Although not common, there is a small risk that GBS can pass to the baby during childbirth. GBS infection in new-born babies can cause serious complications that can be life threatening.

GBS is one of many bacteria that can be present in our bodies.

It is estimated that around one pregnant woman in five in the UK carries GBS in their digestive system or vagina. Around the time of labour and birth, many babies come into contact with GBS and are colonised by the bacteria.

Although GBS infection can make your baby very unwell, with prompt treatment most babies will recover fully.

Infection is more likely if:

To reduce the risk of infection, mothers of high-risk babies are offered antibiotics during labour.

Pregnant women are not routinely screened for GBS in the UK, but it is sometimes detected when tests for other infections are carried out.

If you have had GBS in a previous pregnancy and your baby was not affected by GBS, you may be offered a test as there is a 50% chance that you will be carrying GBS again in your second pregnancy.

Why is there no routine testing for GBS during pregnancy for all women in the UK?

The UK National Screening Committee does not recommend testing all pregnant women for GBS because:

Rolling out an NHS vaccine programme for the infection could take a decade or more.

Should there be routine testing for GBS?

It is well recognised that GBS is causing avoidable severe infections in new-born babies, causing death and disability and that the incidence is rising in the UK.

Routine antenatal testing for GBS using safe and effective tests would allow devastating infections to be reduced significantly. GBS disease following the introduction of preventative measures in other countries has seen an 80% reduction in their incidence of early onset GBS disease in babies.

There are campaigns (including by https://gbss.org.uk/) in the UK who feel that the reason for not undertaking preventative measures in the UK are unclear. They argue that screening needs to be introduced as soon as possible to save more babies suffering with GBS infections.

If you have suffered through medical negligence in pregnancy or child birth, our specialist Medical Negligence Solicitor Sara Westwood is able to talk through your circumstances and advise if you may have a legal claim for compensation. Contact sarawestwood@hatchbrenner.co.uk or call 01603 660 811.