Caroline’s Kitchen, a comedy by Torben Betts and directed by Alastair Whatley, arrives in Norwich from Wednesday 6 – Saturday 9 March. Caroline Mortimer, played by Caroline Langrishe (Lovejoy, Judge John Deed), is the nation’s favourite TV cook. In the glow of the studio lights, she has it all – a sparkling career, a big house, a (golf) loving husband, smart kids and the best kitchen money can buy. But when the camera turns off the truth comes out and when an unexpected guest disrupts a night of celebration there is more to spill than the wine … Welcome to Caroline’s Kitchen …

‘It is an acerbic, often laugh-out-loud take on marriage, privilege and class, and it is well worth a ticket to see the ending alone, because reader, I gasped.’ WESTEND WILMA ★★★★

Hatch Brenner’s drama venue sponsorship of Caroline’s Kitchen follows the sad news that the forthcoming tour of To Kill A Mockingbird has been cancelled by the producers.

Dawn Parkes, Hatch Brenner Managing Partner commented: “I am very much looking forward to seeing Caroline’s Kitchen this March with a group of colleagues and business contacts. I understand the show arrives in Norwich direct from a hit London run, and ahead of a New York transfer so I imagine the quality of the production will be exceptional.” 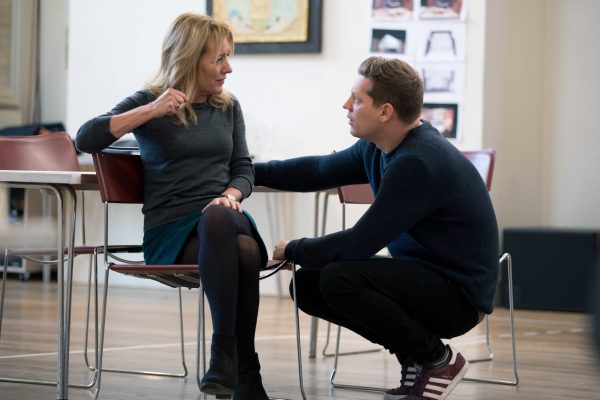