What is the designer's role in a MOCO production?

Design is an integral part of our productions.  Because of this, my role is far broader than coming up with an idea for the space the actors will be working on – although that, and making it, is my main role.

With Frankenstein, what kind of world do you want to create?

Not in period.  I want something minimal, complementing the space but which also has an unreal quality; allowing our audience to walk through a dream.  I’m hoping it will contrast with the realistic and raw emotions of the text.

How does venue affect your design?

We are a site-specific, immersive company.  So the design needs to be influenced by the space we use, allowing the audience a unique experience.

How do you begin your design projects?

I would usually begin with the script; read it and see what images fill my head before whittling them down to one idea that will work.  With Frankenstein there was no script to begin with.  I read the book for the first time and then, as a group, we discussed our reactions to it.  I was surprised how different it is to the films I had seen and interested to hear how differently we all saw things in the story.  The creation of the script and the design, have since been evolving hand in hand.

As designer, do you think about costume?

Yes, costume is an important part of the design, though traditionally done by another designer.  We are a small company and are often tasked with multiple roles.  Some people might see this as a negative but we believe it gives our productions a distinct feel.

What influences your design?

Everything influences my design.  From things seen years ago to those I glimpsed only yesterday – paintings, architecture, films; all visual arts.  I particularly like book art (art made from old books), which will be a major theme in Frankenstein.  Also, of course, rehearsals – the visions of the director and the work of the actors.  My work remains organic and continues to grow, often changing.

How closely do you work with the director?

Always very closely, and with creating our own script we have almost worked as one.  We try out ideas together and feel comfortable being totally honest with each other.

What limits you as a designer?

I could be smart and say there is no limit to the imagination, but in reality there are practical limits.  One of the biggest is the budget, which is why sponsorship from businesses that support and believe in us is hugely important.  It would be amazing to have unlimited funds.  However, working with small budgets forces you to be more creative with what you have.  Problem solving and the cliche of ‘thinking outside the box’ becomes very real.

What part of the design are you working on now, and how are you going about it?

This is a prop-making week.  There is a scene where William is lured into the woods to a jetty.  There will be 3 boats – a small rowing boat toy which he will play with, a medium one with a captain and figures in which will reference The Rhyme of the Ancient Mariner, and a larger one which will be more mystical – the boat of the dead being ferried across the river.  I am working on initial doodles and drawings and looking for objects to make the characters, which will sit in the boats.  These will evolve as I piece things together. The making will use techniques that are new to me, so it will be trial and error.  MOCO allows me the freedom to try new things and expand my creativity.

In a sentence, what is your role as Operations Manager?

Ultimately, I am in charge of the smooth running of every project whether it is a full performance or a small workshop.  I am tasked with fully understanding the artistic vision of MOCO and keeping the ‘creative team’ in check!

What do you mean by that?

I have to make sure that all parts of the operation come together on time.  Miche and BJ often get so caught up in the creating that they forget we are working to a deadline and on a budget.

What are you working on right now, and how are you going about that?

We have just begun rehearsals so it is a very busy time for me.  I am working closely with all members of the creative team to realise the best use of all resources and trying to accommodate all needs.  I am liaising with our production venue to ensure the smooth running of set building.  Oh, and I am busy crunching numbers – trying to source materials for set construction.

Do you attend rehearsals?

Yes, as many as possible.

I think it is important for me to understand the progression of the project to establish what is needed.

What is most enjoyable about working with MOCO Theatre?

One of the many pleasures is being allowed the freedom to be part of the creations.  Our projects go through a very collaborative process.  MOCO is blessed with a really talented company of people who thrive on sharing their expertise.

Visit www.mocotheatre.com to book your tickets! 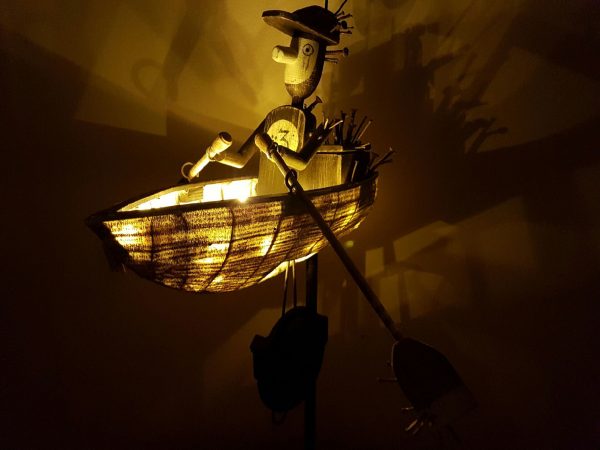