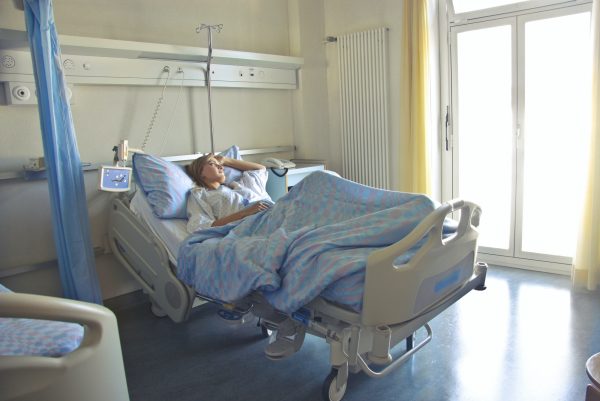 The 19th November 2020 is ‘International Stop Pressure Ulcer Day’, which aims to spread awareness of the damaging impact that pressure ulcers can have.

Since the start of 2020 and the Covid-19 pandemic, one of the main issues that has been identified by NHS hospitals has been the increase in pressure ulcers, with evidence suggesting that three quarters of patients with pressure ulcers in hospital were Covid-19 positive and being cared for on intensive care units.*

In this article we discuss pressure ulcers, the causes, symptoms, potential complications and how you may be able to claim for compensation.

What are pressure ulcers?

Pressure Ulcers (pressure sores and bedsores) are injuries to the skin and underlying tissue, caused by prolonged and unrelieved periods of pressure on the skin.

The most common sites of pressure ulcers are:

Pressure ulcers are graded between 1-4, with 1 being the least harmful and 4 being the most high-risk.

For the most part, pressure sores are often identified at an early stage and treated effectively to prevent further complications.

Unfortunately, in cases where care is substandard, pressure sores can go be undiagnosed and reach grades 3 and 4. In these circumstances, they can cause unnecessary and wholly avoidable pain and suffering.

Once a pressure ulcer has developed it can take days, months or even years to heal and in the worst cases, the complications can be life threatening.

Cellulitis, an infection from the site of the pressure ulcer to the deeper layer of skin can occur. If this spreads into the blood and other organs, it can cause blood poisoning or septicaemia, which can be fatal.

In the most serious cases when pressure ulcers are not properly managed and treated, gangrene may occur, and the patient may need the affected body part amputated.

My client, ‘Ms C’, developed pressure ulcers on her sacrum. Due to a lack of care by the District Nurses the ulcers deteriorated, to the point she was admitted to the Critical Care Unit of the hospital suffering septic shock. She required several operations, given the recurrent breakdown of the ulcers.

My client underwent major back surgery in March 2016 and was discharged from hospital a few weeks later to a nursing home for rehabilitation. On admission he was assessed as being at very high risk of developing a pressure sore (also known as a pressure ulcer) given his mobility was very limited. Unfortunately, however staff did not implement measures to prevent sores developing and after only a very short time at the home he was found to have a pressure sore on his left heel.

The sore was managed very badly by staff. They failed to involve the appropriate specialists early enough such as tissue viability nurses and a podiatrist and failed to act or change management when it became obvious the client’s condition was not only failing to improve but was deteriorating. After several months, the decision was taken to transfer him to another home and staff there immediately appreciated the seriousness of his condition and referred him to hospital. Sadly, however it was too late as by that time an infection had taken firm hold and was destroying bone in his foot and he had to undergo a below knee amputation.

The insurers for the nursing home did make an early admission of liability and settled the claim for £250,000.00.

Our client the Claimant suffered a nasty pressure sore which developed after surgery. It was alleged the District Nurses had failed to properly diagnose and then treat this which was admitted. A substantial sum approaching six figures was recovered which was mostly for pain and suffering and loss of earnings. Although the Claimant was a man in his 70’s he was still working and carrying out some lucrative jobs in a highly specialised field of work. The case was made particularly problematic by the nature of the payment scheme that had been set up for his earnings, but a compromise and highly acceptable settlement was reached.

In the UK, it is estimated that 95% of pressure ulcers are avoidable. Patients should be frequently turned and any changes to the appearance of skin should be closely monitored by staff, with a thorough check done at least once a week. Dressings to speed up the healing process and surgery to remove damaged tissue can also be used in more serious cases.

In cases where medical staff have failed to provide adequate care, allowing pressure ulcers to worsen, causing suffering and pain, you or a loved one may be able to make a claim for compensation.

Speak to our team of Medical Negligence Solicitors via 01603 660 811, or email info@hatchbrenner.co.uk