In a recent mediation, Mark dealt with the parties to a building dispute. A number of complaints had been made by the customers regarding the builder who himself was seeking the balance of his fees. It was evident that in spite of the legal costs, threatening to overtake the amount in dispute, both parties were keen to settle. This keenness was not something either party had felt able to disclose to their opponent. The intervention of an independent third party allowed a new level of honesty regarding the settlement to exist and this led to a settlement which both sides considered satisfactory but which was on any level, far better than the cost fiasco that would have occurred had the matter gone all the way to trial.

In another recent mediation, Mark helped the parties to an inheritance dispute. This was carried out via Zoom and involved many individuals, two on one side and six on the other. Emotions were high and for long periods during the day, settlement appeared only a distant hope, however, with a continuing desire not to give up and somewhat into the evening, Mark managed to secure a settlement which both sides were satisfied with.

Mark Fitch is the Dispute Resolution and Mediation Partner at Hatch Brenner. He is an experienced Civil Mediator, having completed over 80 mediations in diverse areas. 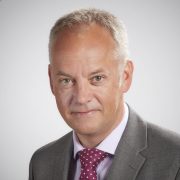