For the majority of women in the UK, pregnancy and child birth is a happy and positive experience. However, pregnancy and birth are far from risk-free and things can go wrong for both mother and baby.

During pregnancy, mums-to-be are primarily cared for by their GP and midwife, and generally attend hospital only for scans and tests. Complications can arise during pregnancy such as pre-eclampsia and gestational diabetes. These should be easily detected through regular midwife appointments. NICE guidelines outline the process for screening for foetal abnormalities, infections and other clinical conditions, as well as what steps to take if foetal growth is outside normal ranges. When these procedures are ignored or done badly, it is possible both mother and baby can suffer irreparable damage.

Birth injuries occur when medical experts either fail to follow the correct procedures or they carry them out in a substandard manner. If there is poor care during the delivery of a baby the consequences can be devastating and in very serious cases result in a child with cerebral palsy or even death.

We have acted for several children who have sustained brain injuries at birth because of the mismanagement of the labour and/or delivery. In those cases, the settlements have been in seven figures, which is mainly due to the significant amount of care the child will require throughout their lifetime.

Birth injury claims are one of only a very small areas of law where Legal Aid is available to fund claims for compensation, however stringent criteria apply.

You may be entitled to Legal Aid if a claim concerns clinical negligence involving children who have suffered severe disability due to a neurological injury sustained during the mother's pregnancy, the child's birth or the first eight weeks of the child's life.

Don’t worry if Legal Aid isn’t available for your case; we will happily explore the funding options available to you.

If you believe you or your child have suffered an injury during pregnancy or child birth, we can assist with a claim for compensation and the practical issues which arise when someone has sustained serious injuries.

Mrs X was admitted to hospital just after midnight in labour with her first baby. She was 10 days past her expected delivery date. A belt was placed on her abdomen so the baby’s heart rate could be monitored. The results showed the baby’s heart rate to be persistently fast in which circumstances the monitoring should have been continued. It was however discontinued. Further monitoring took place between 04.12 and 05.12 and the results were, again, concerning. At this point a foetal blood sample should have been taken. This would have showed whether the baby was receiving sufficient oxygen. No such sample was taken. Later, the mother’s waters were broken and meconium (faeces of the baby) was seen. This can be evidence of a distressed baby. By 06.25 the baby’s heart rate was so concerning action should have been taken. As it was a decision to deliver by caesarean section was taken too late and when born it was found the baby had suffered a prolonged period without sufficient oxygen. This caused brain damage with the outcome the child has physical and cognitive disabilities.

The claim was settled in a seven figure sum and annual payments to ensure the child receives the care and support required for the rest of their life.

Delay in delivery resulting in death of the baby

The Claimant was admitted to hospital, in labour, when just over 33 weeks into her third pregnancy. This was considered to be a high risk pregnancy. She had been discharged only a few hours earlier after having been admitted three days previously as her waters had broken. Monitoring of the baby’s heart had commenced very quickly following admission and less than 30 minutes later the heart trace was indicating the baby was struggling. A decision to perform a caesarean wasn’t however taken until about 22 minutes later and it was a further 82 minutes before the baby was actually delivered. Sadly he was born in a very poor condition requiring nearly 15 minutes of resuscitation and significant intensive care. He passed away at only 10 months of age. He was struggling due to a serious infection which had developed in the placenta as a result of premature breaking of the Claimant’s waters. Unfortunately she hadn’t been given antibiotics which may have avoided, or at least reduced the effects of, the infection.

The claim was eventually settled through mediation in the amount of £40,000.00 compensation.

Failure to perform an episiotomy during childbirth

The client suffered a fourth degree tear during the birth of her first baby.

The doctor delivering the baby should have performed an episiotomy (surgical cut) given he was using forceps and it was likely to be a difficult delivery as the baby was coming down the birth canal facing up rather than down. There was also a failure to control the head of the baby which came out suddenly and it was argued the fourth degree tear could have been avoided had an episiotomy been performed and the head been properly controlled.

The baby was fine but the client suffered very unpleasant and embarrassing symptoms as a result of the tear which are likely to be permanent. Her case was settled as a result of mediation.

Mrs C was admitted for a planned caesarean section. Unfortunately, due to medical negligence, the spinal anaesthetic given was inadequate and she suffered severe pain during the operation and the experience was so harrowing she developed a Post-Traumatic Stress Disorder. The claim was settled for £11,350.00.

Mrs X was around 29 weeks pregnant with her first child when she was admitted to hospital suffering pre-eclampsia (a condition where blood pressure is raised, protein can be found in the mother's urine, and headaches, blurred vision and lower leg swelling can occur). The mother was given medication which failed to control the pre-eclampsia. Three days following admission the monitoring of the baby’s heart should have given cause for concern; a scan had showed an issue with the blood vessels to/from the baby, and the mother complained of the baby moving less. These factors should have prompted an urgent caesarean section but this didn’t in fact occur until day four following admission by which time the baby had suffered oxygen deprivation causing brain damage resulting in physical and cognitive disabilities. This claim was settled for a seven figure sum with annual payments for life.

Ms C suffered a fourth degree tear during the delivery of her first child. It was argued the tear could have been reduced in severity had the baby’s head been properly controlled during the delivery and an episiotomy (surgical cut) been performed. Her claim settled in the sum of £10,000.00.

Please contact one of the team to discuss your specific requirements: 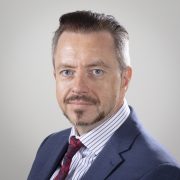 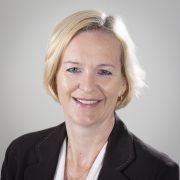 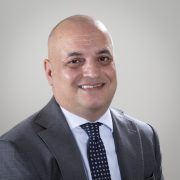 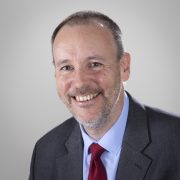 ‘I wanted to write to thank you for all your help and efforts regarding my case. You know how emotional it has been for me …. and the family and I wanted to tell you how much it has meant knowing that you believed in the case.’

‘Now that everything has been completed, I wanted to share my gratitude for all your help and expertise across the last few years. You have done such a kind thing in looking after me … but more importantly you gave me a voice, one to be heard, in a room of … people. Thank you for giving me that strength and opportunity. You are a lovely person.’

‘Nothing could tell you how grateful we are for you – you gave us justice for Baby B and for that no words are enough.’

What are your options if your home is no longer suitable for your needs following a serious injury?

The impact of COVID-19 on the NHS

< Back to Medical Negligence